He has filed a class action lawsuit against Fan Duel. That is months before he was trying to get people to join his league on the gaming network. 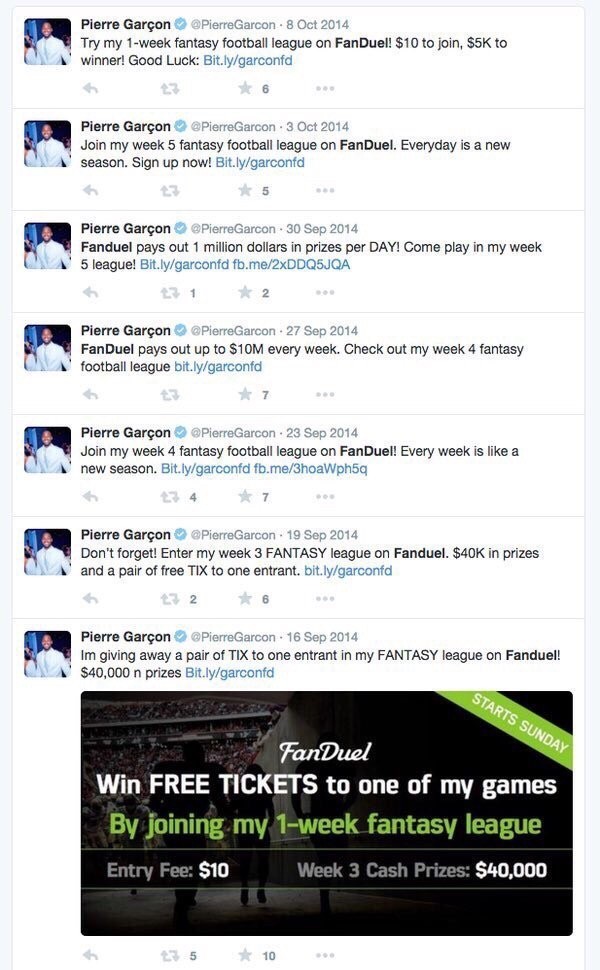 Pierre Garcon is a hypocrite

This marks the third class-action lawsuit filed against FanDuel in the past three weeks. ESPN.com’s Darren Rovell reported Oct. 9 that FanDuel and rival site DraftKings were the subject of a suit filed in Manhattan by a man named Adam Johnson, accusing the companies of negligence, fraud and false advertising:

The suit claims that daily fantasy games put forth by the two companies are misrepresented as fair. That case is made mainly through the recently revealed policies of the two companies that allowed employees to enter contests on the other’s site for cash prizes, along with the rest of the population.