Patriots have released guard Ryan Groy with an injury settlement 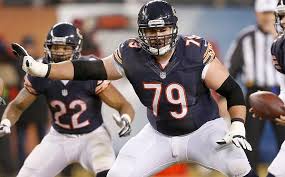 Today the New England Patriots released the guy they traded for with an injury settlement. He will be able to sign with another team as soon as healthy.

Doug Kyed of NESN reports that the Patriots have released G Ryan Groy from injured reserve with an injury settlement on Thursday.

Groy, 24, wound up signing on with the Bears as an undrafted free agent out of Wisconsin back in May of last year and appeared in four games for the Bears.