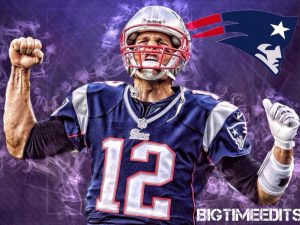 Tom Brady is too much right now for the NFL. He will continue his winning streak this year

Last week we finished with a 9-5 record, which brings our total record to 34-25. This week we are planning on having another great week.  Let’s see if we can get a one or two loss week, this week should not be that easy, but we will pick a few less upsets in week 5.

We are taking the Kansas City Chiefs to win this game.  The Bears had some decent success last week, but the Chiefs are the better team.  Cairo Santos is playing at an All-Pro level and he is the player that pushes the Chiefs over the top.  Chiefs win 27-20 over the Bears.

The Bengals are undefeated and they are facing a Marshawn Lynchless Seahawks team.  The Bengals defense can make the Hawks a one dimensional team and if they can they will get the win. I think the Bengals keep their streak alive.  Bengals win 17-13 over the Seahawks in a defensive struggle.

I am not going to waste my time. Roddy White will have a field day this week, and after the conversation with his head coach he will explode on the scene. 42 -14 the Falcons blow out the Redskins.

This is the hardest game to pick, because both the teams should be much better than they have looked.  While I would like to pick Jameis Winston this week, I think the Jaguars are due.  The Cover 2 has been suspect this year for Lovie Smith and Blake Bortles will have his way against it.  24-23 the Jaguars pull it off, when Connor Barth misses a field goal in closing seconds for the Buccaneers.

Last week Drew Brees looked pretty good considering he is still not one hundred percent. The Saints beat the washed up Cowboys and while I would love to pick against the Eagles, I don’t think I can this week. DeMarco Murray is due to have a huge game and I think on the grace of Murray the Eagles win. The Eagles win 35-28 over the Saints.

Until the Cleveland Browns start Johnny Manziel I will not pick them to win. Even if that means I lose on my bracket.  I love Pierre Desir and feel he will get a pick six this game, but that is the only touchdown the Browns score.  Ravens win convincingly 24-13 over their division foes.

The St. Louis Rams have been amazing against great competition this year, but then they choke against teams like the Redskins.  You cannot play a game like that and expect to beat Aaron Rodgers and the Packers.  Packers are too strong and they get an easy win 35-17.

Buffalo Bills will have no running game and that makes me worried.  The Titans have a great young team, but the Bills defense and Rex Ryan should be able to get after Marcus Mariota.  I am taking the Bills in a lousy football game.  Bills win 15-12 over the Titans.

The Lions have not won a game yet and I do not think this will be their week. To be honest the Lions need to consider firing Jim Caldwell. The Lions have way too much talent on their team to not win a game. Cardinals put up 40 as they win 48-24 to win over the Lions.

I would love to pick the Raiders in an upset, but Peyton Manning is too much. There are not many teams that can stop him when he is clicking on all cylinders. Right now the Broncos are moving in the right direction.  Broncos 24- Raiders 21

The San Francisco 49ers have not been very good this year, and I do not think they will turn things around any time soon. The Giants on the other hand have one of the best defenses in the league under Steve Spags. I have the Giants winning this week 24-21 over Kaepernick and the Niners.

San Diego Chargers have tons of injuries, but they have Philip Rivers.  The Chargers will need to apply pressure on the Steelers, and if they can they will get the win.  The Chargers should win this game, but it will be close.  28-27 Chargers pull off a stunner on Monday Night.