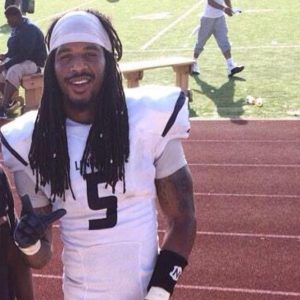 NFL Draft Diamonds and our staff have been bringing our readers Prospect Interviews over the past 2 years and this year we mixed up the questions and added some fun questions for our readers.  We have tons of NFL staff that read our interviews, and we actually received several of the questions from NFL scouts we speak too.  This gives them a little bit more information regarding your character.  We hope to bring you more than 300 interviews of NFL Draft Prospects this season.  You will be able to track them all on the front page of our website in the banner.
What is your name?

Some teammates and myself went to the local Wal-Mart and set up games for the kids to play while the parents shopped and all donations went to the Children’s Hospital.

I was born in PG.County Maryland and raised in Staunton, Virginia. I moved to Phoenix,AZ with my parents and finished school there. So I guess I’m from all 3.

LeBron James. He’s a champion. A father. A business man. Gives back to his community. Everything I want to do and be.

I played AAU basketball. Traveled a lot. Played in Hawaii.

I played RB and CB all through high school. All-State Arizona Republic honorable mention ATH my Jr. and Sr year. 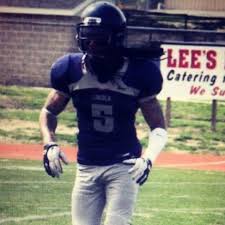 The combination of my size,speed and skills.

Tendencies. How WR’s take off during pass plays vs run plays. If the QB stares his target down or does he look you off. When I’m at LB I look at OL stances.

In JUCO this guy who played for Arizona Western back in 2010 named Reggie Bullock.  He was nice.

Kam Chancellor. He makes plays happen off of his effort and so do I.

When my mother passed away my freshman season. I’m living out a promise I made for her and that gets me through the pain because I know she would be proud of me.

Right before the game I listen to a voice memo on my phone telling myself “I am a All-American” and other positive affirmations.

Getting exposure. Getting over looked

Agility, I’m quick at my size with good strength. I’m always around the ball with a nearly never ending motor. Good football IQ,, and a leader

I think I over analyze things more than I should.

My name is Paul Dodson. I would love to play for your organization. Hard working student of the game. I want to be a close to perfection as humanly possible. And I won’t cost much at first.

Sean Taylor. Rest in peace. We would have been won a super bowl if he was still alive.