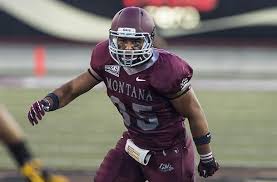 Montana has a feisty linebacker in Kendrick Van Ackeren, I like his motor

Either coaching younger kids in any sport or Reading to kids.  They are so young and ready to learn and listen no matter what you are bringing to the table.

As far as sports my role model has always been Sean Taylor, the way he played was something I always admired and I always wanted to be like him.  Outside of football there isn’t really one person in particular.  Growing up I had so many great people in my life and I learned a little a bit about becoming who I am today from all of them.

Basketball, Baseball mostly, played a season of lacrosse in middle school and a couple of soccer when I was really young

I have played QB, RB, WR, TE, CB, S, MLB, OLB, basically everything but o line or D line unless you want to count when I was 6 I played some D line my first year playing football.

I look for preferences.  When it comes to plays it is football and there are only so many route combinations and running plays you can run, so for the most part I look to preferences, like what receivers the QB’s go to in certain situations, or what style runner the running back is. 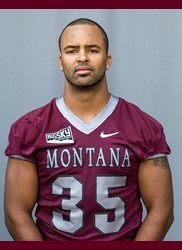 My Redshirt Freshman Year I played at Hawaii and we played some really good players so it could be a lot of guys but the main guys I can think of are Marquise Lee, Matt Barkley, Robert Woods, Silas Redd, Derek Carr, Davonte Adams, Matt Miller.

I’m not sure, The only team I really get a chance to watch is the Seahawks, So if I had to pick someone from that team I would say Earl Thomas, not as much physically as mentally, he just understands the game and what’s going on around him, I like to think I do a good job of that.

After thinking about it I don’t really look at any point in my life as an obstacle, I tried to think of something but honestly everything in my life good or bad has been nothing but a blessing. I have had rough days, sure, but honestly I wouldn’t trade them for anything.  I have just focused myself on what I wanted and pushing toward being the best at it I can be.  Basically I haven’t had any obstacles, just opportunities.

Catch punts from our punter

I always listen to One Mic by Nas

Get legs and back Stretched out by Team Doctor

Obviously not getting the same publicity as big school players, the idea that I am playing against lessor competition, less benefits as far as nutrition programs.

My mind I understand the game very well.

My size I am smaller than most who play my position

I will never stop fighting to win.

Depending on how much it was, I would probably pay my rent, pay off my car and my mom’s car, and save the rest.