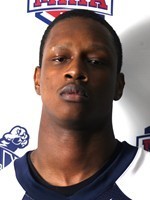 Herman Hopson Jr. of Lincoln University in Missouri is a big corner

Coach Seventh Grades as well as doing a fundraiser to help get money together to support an coach for a traveling football team.

A broadcasting course toward my major.

Sean Taylor, he was my favorite player he made me want to play safety. Check Sean Taylor a football life out an you’ll see why.

My Speed and Size

What base the opposing offense is normally in. The down an distance, the quarterback an where he like to throw the ball as well as the #1 receive favorite route.

Moving to California, new city new friends with no family my Mom and 2 brothers living in a 1 bed 1 bath apartment. We made it work.
Watch Sean Taylor highlights an listen to music.

Not getting D1 privileges (limited exposure, limited opportunity to play at Next level, limited nutrition).