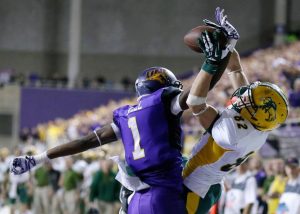 Deiondre Hall of UNI has been meeting with NFL scouts left and right. This kid is special

I went on a mission trip to help build a orphanage in Lima, Peru.

My Mom, she has always showed me the way.

I used to play basketball and run track

I used to play WR and Free Safety

My length and speed

When watching film I study how the WR releases, their hips on routes. How does the WR handle press, how does the WR attack the ball

Cooper Kupp kid is nice. Mycole Pruitt the TE that played at SIU

Hardest thing I had to deal with growing up was watching my Mom work so much growing up as single parent. Both her kids being able to get full ride scholarships to universities is probably one of the greatest things that could be given back to her. 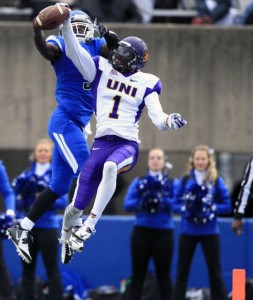 Charles Woodson, Dante Hall, and Ed Reed
If you could have dinner with three people dead or alive, who would you choose?
Nelson Mandela, Julius Caesar, Selena Quintanilla