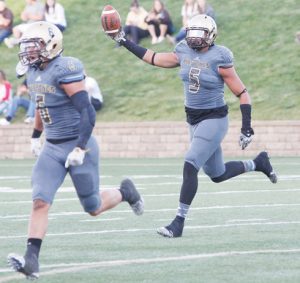 My Mom, because she has proven to me that hard work pays off no matter what the circumstance.

I believe that my natural size and knowledge of the game separates me from others. 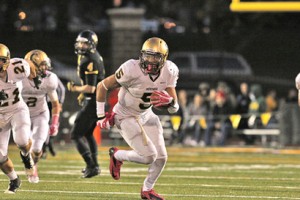 Tendencies within the offense. Stance tips. How my opponent blocks certain plays. How the backfield is lined up.

Ezekiel Ansah. He is relentless in his pass rush and has a nose for the football

Being academically ineligible my redshirt freshman year and not being able to compete in football. I changed my ways as a person and student not taking things for granted.

The “buzz” the big school guys already have people talking about them based on the program they played for. Being overlooked is a obstacle. Also the coaching I have received. I have had 7 new d-line coaches in 5 and a half years of playing football at my university. The inconsistency in my coaching has been a huge obstacle, leaving me to most teach myself and learn from my mistakes, after I make them.

Pass rush, I love getting after the quarterback in obvious passing situations.

At times I step out of my responsibilities and try and do to much on certain plays.

I am a very coachable player who is willing to try new things schematically, can play multiple positions on the defensive line or outside linebacker positions and I will give maximum effort in everything I do.

The Vikings and the GOAT Randy Moss

My Grandma, my Grandpa and Tupac.

My mom a car and myself a condo in what ever city I would be playing in.