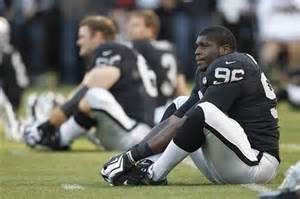 According to Aaron Wilson of the National Football Post the Minnesota Vikings are working out defensive tackle Christo Bilukidi on Tuesday.

Bilukidi was born in Angola and lived in France and Brazil before his family settled in Ottawa, Ontario, Canada. He did not play football until his senior year at St. Patrick’s High School in Ottawa.

Bilukidi played collegiate football at Eastern Arizona College before transferring to Georgia State University where he was a two-year starter for the Georgia State Panthers.  He was drafted by the Baltimore Ravens in the sixth round of the 2012 NFL Draft.