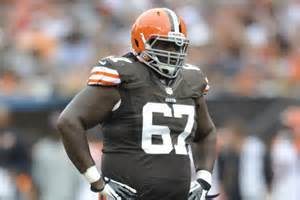 The Lions have signed DT Ishmaa’ily Kitchen to a contract on Thursday, according to Michael Rothstein. Kitchen was a former Cleveland Brown run stuffer that was recently released by the team.  To make room for Kitchen, Rothstein adds that the Lions are releasing DL Phillip Hunt.

We are excited for Ishmaa’ily Kitchen. Former @KentStFootball defensive lineman is officially a Detroit Lion

Detroit worked out a number of defensive linemen this week including: Kitchen, Joe Vellano,Kenrick Ellis, and Jerel Worthy.