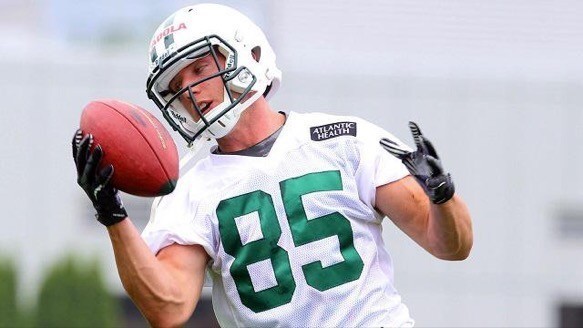 Today the Detroit Lions signed wide out Ryan Spadola to their practice squad, according to Tim Twentyman.

The Lions also signed receiver Ryan Spadola to their practice squad. He takes the place of tackle Jordan Mills, who was signed off the Lions’ practice squad by the Buffalo Bills.

Spadola (6-1, 205), an undrafted free agent out of Lehigh in 2013, has spent time with the Jets and Dolphins and has also had stints on the practice squads of the Falcons and Cardinals.