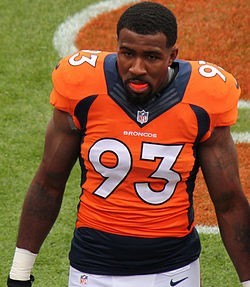 Smith, 25, is a former fifth-round pick of the Broncos back in 2013 out of Western Kentucky.

We have signed OL Wesley Johnson to the active roster and signed LB Quanterus Smith to the practice squad.

He was recently cut by the Broncos with a failed physical designation.