Jerry Jones seems optimistic about Dez Bryant playing this week, but don’t get too pumped 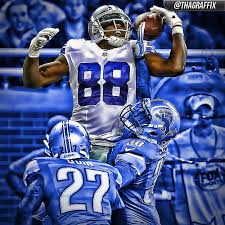 Jerry Jones sounded like Dez Bryant had a shot when he talked on the radio earlier today.  The problem is he will not likely play according to Ian Rapoport.

According to NFL Media Insider Ian Rapoport, it’s highly unlikely the All-Pro wideout sees the field in Week 7. Bryant isn’t able to cut on his routes and hasn’t even practiced yet, Rapoport reported.

Here were Jerry’s comments via the Dallas Morning News:

“We’ll take a real good look at him tomorrow and Thursday,” Jones said, via the Dallas Morning News. “It totally depends on how he’s doing. He had a good end of the week last week. He got in some really good work. He didn’t have much negative response from that work. It was strenuous work, the kind that if he can step out here and have a couple of really good days of practice then you could see him go.”