Anthony Wayne Smith a former first round pick of the Oakland Raiders is facing four counts of first degree murder for killings that happened about 10 years ago. 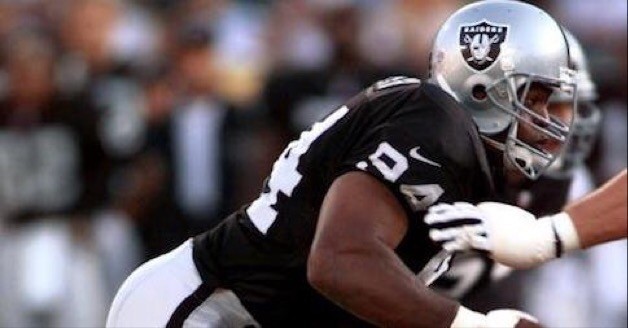 Here is the report from 24/7 Sports and the AP. This is truly sad, the guy was a good player.

Smith has already been tried for one of the killings, but according to an Associated Press story there was a hung jury in April 2012 that couldn’t come to a decision after deadlocking at 8-4 in favor of a guilty verdict. That trial was for the 2008 murder of Maurilio Ponce, who was found along a California highway after being beaten and shot.

Smith is also charged with killing brothers Kevin Nettles and Ricky Nettes in 1999. The brothers were shot and killed after being taken from a Los Angeles car wash. Smith’s final first-degree murder charge stems from the death of Dennis Henderson in 2001. Henderson was also kidnapped with another man in Los Angeles. Multiple gunmen were involved in that case, and the other man was let go, but Henderson was stabbed to death and later found in a rental car.

Smith, the No. 11 overall pick out of Arizona in the 1990 NFL draft, was selected by the then-Los Angeles Raiders and played for the Raiders in L.A. and Oakland from 1991-97.