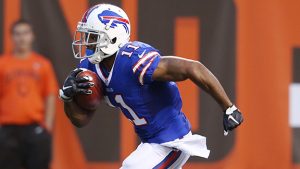 Marcus Thigpen has been signed by the Indianapolis Colts

Thigpen, 29, originally signed on with the Eagles as an undrafted free agent out of Indiana back in 2009. Since then, Thigpen has played for a number of teams including the Broncos, Dolphins, Patriots, Buccaneers and most recently for the Bills.