Buffalo Bills wide out Sammy Watkins wants the ball, I don’t blame him

The Buffalo Bills have been playing well but there have been games this year where Sammy Watkins did not get one ball thrown his way. The Bills traded up to get Watkins, and the former fourth pick is frustrated that he is not getting targeted. 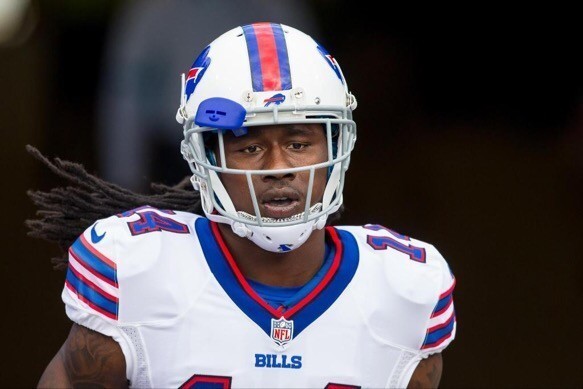 “That’s what I get mad at,” Watkins said, “when I don’t get looked at. I can look at film and his eyes go straight that way and I’m not getting looked at, at all. That’s when I get frustrated. When I have one-on-one coverage, go to me. I don’t care what’s going on over there. I don’t care if he’s open. When I get one on one, just target me.”

“Everybody looks at you getting zero catches, zero yards but when you look on film 90 percent of the time you’re open,” said Watkins. “I understand that these guys are young and they need some time to trust me. Once we get that trust, it’ll be different. But for me, I need the ball at least 10 times — I need 10 targets — and I’ll be fine with however many yards I get. And that’s what I addressed in talking with my agent. We reached out to a couple people and tried to pull some strings like, ‘Hey, I need my targets. You came up to draft me and I’m not getting targets — that’s a problem. You’re making me look bad and you’re making yourself look bad. Why not make both of us look good?’”

The Bills need to wake up, because Sammy is their best player. In the Bills defense, Sammy needs to get on the field. He has been injured more than any other receiver on the Bills roster minus Marquise Goodwin. You cannot catch the ball in sweatpants…..