Browns fan makes a quarterback graveyard with their quarterbacks since 1999

Since the Browns returned to Cleveland in 1999 as an expansion franchise, the team has gone through an incredible 22 different starting quarterbacks during that time span. 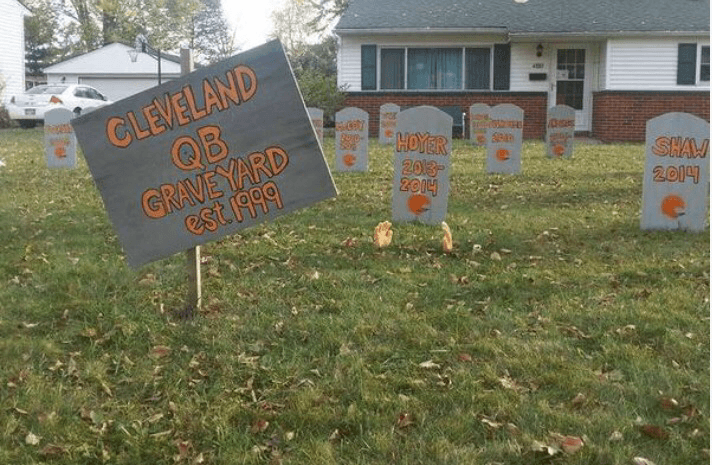 Browns fans are sick of not having a quarterback

Tony Timoteo, the Browns fan who has created the Halloween graveyard, even told a local news station in Cleveland that his neighbors have offered him up space on their lawn as new quarterbacks come under center for the team over the coming years.
Connor Shaw, Johnny Manziel and Josh McCown are also in the yard. This is a pretty interesting idea…..