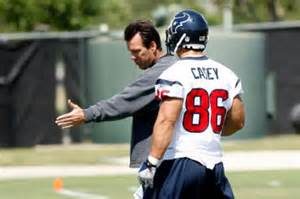 The Denver Broncos were a team that was expected to utilize a full back this year but that did not last long. After signing both Joe Don Duncan and James Casey this offseason, the team has decided to go all the way away from the idea. Adam Caplan of ESPN, is reporting that the Broncos are releasing veteran FB/TE James Casey.

Denver needed to create a roster spot for DE Derek Wolfe, who is returning from his four-game suspension. Both fullbacks signed in the preseason have been released now.