Bears worked out two punters including Spencer Lanning and a longsnapper 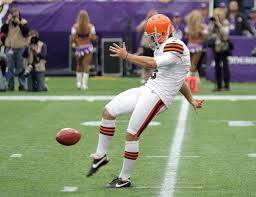 Spencer Lanning worked out with the Bears today

Today the Chicago Bears were either updating their emergency list for punters or they were sending a message to their punter.  The Chicago Bears brought in a group of punters for tryouts on Thursday, according to Brad Biggs of the Chicago Tribune.

In that group, both Spencer Lanning and former Giants punter Steve Weatherford worked out for staff. The team tried out longsnapper Patrick Scales as well.

Weatherford was recently released by the New York Giants, when the Giants traded for Steelers punter Brad Wing.