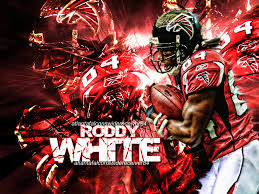 Could Roddy White be dealt soon by the Falcons?

The Atlanta Falcons have not committed to or are admitting they are shopping wide out Roddy White, but according to Ian Rapoport of NFL Media there are three NFL teams currently considering the idea of pursuing a trade for veteran Falcons WR Roddy White following his recent comments.

“For me, at the end of the day, I want to catch passes,” White told ESPN.com. “I’m not out here just f—ing around just to sit around to just block f—ing people all day. It’s not what I want to do.

“I’ve contributed to offenses for this franchise for the last nine, 10 years. It always bothers me when I go out and don’t catch any balls in a game because it hasn’t happened in so long.”

According to Rapoport, these teams are at least during research on White, but the fact that he’s due $5 million could make a trade fairly difficult. White is the third or fourth receiving option right now for the Falcons. I have a feeling he will explode this week in fantasy football.