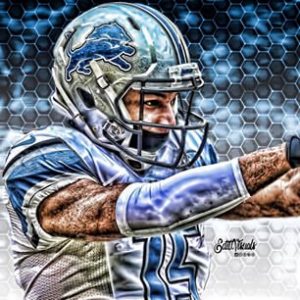 Golden Tate said the teams knew the Lions play calling, but this week the Cardinals admitted to knowing the call.

A few weeks ago, Golden Tate of Detroit Lions stated that the other teams knew their play calls. He also went a little further saying that the teams were calling out the play calls before the snap.

As the Lions lined up for a play with 11 minutes to go in the second quarter, Cardinals defensive line coach Brentson Buckner started yelling to his charges that a screen pass was coming. Defensive end Cory Redding picked off that pass and returned it inside the five-yard-line to set up a touchdown that helped turn a 7-7 game into a 42-17 beat down.

“Buck called it out from the sidelines, ‘Screen! Screen!’ He saw the formation, saw the guy crossing,” Cardinals coach Bruce Arians said, via MLive.com. “We still have to catch it.”

It is starting to sound like the Lions offense is a bit predictable, rather than crappy. If a team is able to call out a play by a single motion, then the offensive coordinator needs to adjust his scheme and make a different play call.