The NFL scout that invented the 3 cone drill has passed away; RIP C.O. Brocato 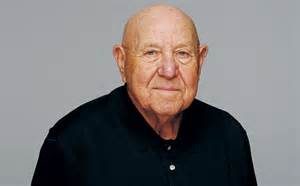 According to Pro Football Talk, the man created the three cone drill used at the Combine today has passed away. C.O. Brocato the Oilers/Titans scout who scouted for 42 years in the NFL with the Oilers and Titans has passed away.

Brocato invented drills that are still used every year at the Indianapolis scouting combine.

Brocato, who died this morning at the age of 85, was one of the greatest scouts in the history of the game of football. This year the Titans unveiled the C.O. Brocato Draft Room at their facility in recognition of his 41 years of service to the Titans and Houston Oilers franchise.

Asked this year about Brocato’s continuing contributions to the Titans, General Manager Ruston Webster said no one could match Brocato’s institutional knowledge.