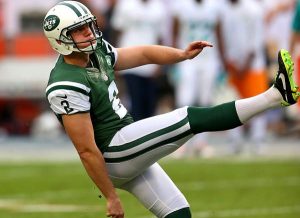 Nick Folk has restructured his contract with the New York Jets

Today the New York Jets restructured the contract of kicker Nick Folk, according to Rich Cimini of ESPN.  Here are the details of the report:

They converted $1.78 million of Folk’s $2.5 million base salary into signing bonus, according to ESPN NFL Insider Field Yates. The move creates $1.19 million in cap space for 2015. The downside is that it pushes $593,000 onto the Jets’ cap in each of the next two seasons.

This was a smart move by the Jets to free up some cap space.