The Fantasy Doctor Selene Parekh talks about several players who suffered injuries. Dr. Parekh is a surgeon at Duke University and he joins NFL Draft Diamonds to bring our Fantasy readers the best updates on the net. 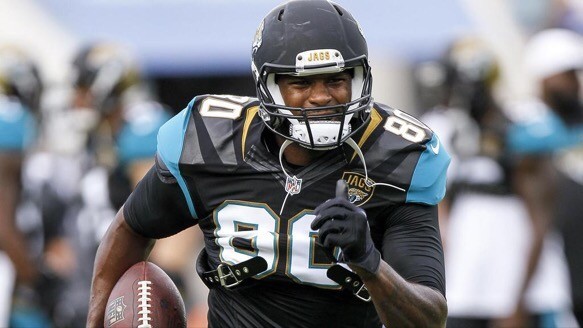 No Promises: Thomas to miss first month of season

What happened: Jaguars tight end Julius Thomas suffered a fracture of his left hand during a preseason game against the Steelers. It was thought to be stable, but he did require finger surgery on Wednesday and could miss up to a month.

Player/team outlook: Thomas has all the tools that today’s offenses dream about for their receiving tight ends, but has proven to have injury problems throughout his career. Jacksonville needs him back as soon as possible to have any chance to spread out its offense.

Fantasy recommendation: As noted in a previous report, Thomas wasn’t being selected as high as he was last year as he’s no longer in the Denver offense. Those that can draft him in later rounds could be looking at a steal, but you’ll need help at the position for September.

Time to Bear down? Jeffery still not practicing

What happened: Bears wide receiver Alshon Jeffery is continuing to recover from a calf injury, which has kept him off the practice field since August 11.

Player/team outlook: Jeffery comes into the season with a high ceiling, but will the loss of Brandon Marshall help or hurt his performance? Either way, the calf problem must be overcome for him to be effective.

Fantasy recommendation: Those drafting now are taking a risk by making him their top WR and those that already have him should have other options ready to go at the start of the season. It’s possible Chicago’s opening day WR starters could be Marquess Wilson and Eddie Royal, who was previously noted as a sleeper candidate.

Pain in the shoulder: Cobb trying to move past AC joint sprain

What happened: Packers wide receiver Randall Cobb sustained a shoulder injury during the preseason. He has an AC joint sprain and wants to play in Week 1. It is quite possible that this will happen.

Player/team outlook: Give Cobb credit for his desire to be part of the action to start the season. With the team already down Jordy Nelson for the year, Green Bay can’t afford to lose another high-profile weapon.

Fantasy recommendation: It’s hard to imagine this injury changing much in his draft status, as Cobb should still come off the board in round 2 in most formats. However, those that draft him now will have to spend an extra pick on a WR earlier than planned just to protect themselves at the start of the season.

It’s easy sometimes to simply forget about players who miss a season when they aren’t in the superstar category. Bengals wide receiver Marvin Jones is one such player as he’s the kind of guy who gets drafted late that has some people thinking, ‘oh yeah, I remember him.’

Jones lost the entire 2014 season due to ankle and foot problems, but a year earlier he shined for a team that now has many other fantasy-relevant players in the likes of A.J. Green, Jeremy Hill and Tyler Eifert.

In 2013, with just three starts, Jones had 51 receptions for 712 yards and 10 TDs. Will he put up those stats again? It’s debatable as if Cincinnati’s offense gets rolling there are only so many defenders to guard against every other player.

Jones is well worth a flier in the final 30% of your draft and makes for a decent WR3 play throughout 2015.

Some extra advice and ways to stay in the game!

Continue to get instant analysis of player injuries from The Fantasy Doctor on YouTube.