Seven teams are still unbeaten in the NFL, Who will be the first to lose? 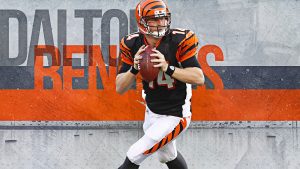 The Bengals are 3-0, but how much longer can they hold onto it?

There are seven teams that are still undefeated in the NFL.  Those teams are The New England Patriots, Carolina Panthers, Green Bay Packers, Atlanta Falcons, Arizona Cardinals, Denver Broncos and the Cincinnati Bengals.

I want to know which team do you think will lose first?  The Patriots are on a bye week this week, so they will remain unbeaten at least another week.

I am going to go against the grain and say the Bengals are the team that loses next week. They play the Kansas City Chiefs who are playing iffy. I think they will have a little more motivation now that they finally scored a touchdown using a wide out.