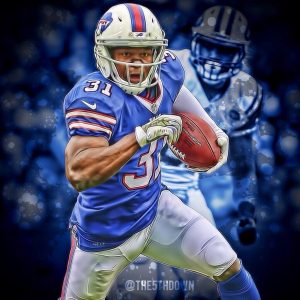 Jairus Byrd has been a bust so far for the Saints

The Buffalo Bills have not truly missed Jairus Byrd, but the New Orleans Saints have to be upset with their recent free agent signings of C.J. Spiller and Jairus Byrd.  There was hope that Byrd would be able to play week one, but that is not the case.

According to Ed Werder, both Byrd and Spiller will miss week one of the regular season for the Saints.

Ed Werder of ESPN reports that Byrd is not expected to play until the second or third week of the season because of the ongoing knee swelling he’s been dealing with this summer. Byrd had surgery to repair a torn meniscus last season, causing him to miss all but four games during his first season in New Orleans.