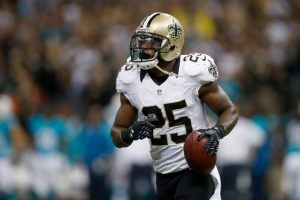 The Saints defense could get worse quickly. While the team is paying Jairus Byrd tons of money to sit on the bench, yesterday the team lost Rafael Bush to a torn pectoral muscle.

Bush left the field with athletic trainers who inspected his left shoulder on the sidelines. The Saints said he had a chest injury. After the game, Bush visited with teammates in the locker room while wearing a shoulder sling. Well according to NFL Media Insiders it is in fact a torn pectoral muscle.

There is no timetable for a return as of now, but the team did in fact re-sign Kenny Phillips, who could be forced to start this week.