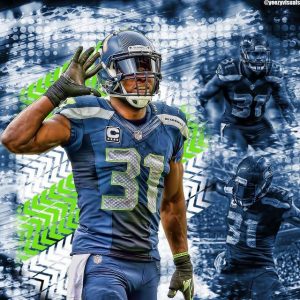 Kam Chancellor is running himself out of town in Seattle…

Jordan Raanan of NJ.com reports that the Giants inquired and expressed “serious interest” in trading for Seahawks SS Kam Chancellor.

Even though Josina Anderson of ESPN reports that Kam Chancellor has not been informed from anyone within the Seahawks organization that there has been factual trade interest from other teams for his services. This could get interesting. Today the Seahawks traded a fifth round pick to the Kansas City Chiefs to land safety Kelcie McCray.

Chancellor, 27, is unhappy with the four-year, $28 million deal he signed in 2013. Known as one of the best safeties in the NFL, he has been vocal about his holdout and has even declared that he is comfortable sitting out regular season games until a new deal is finalized.