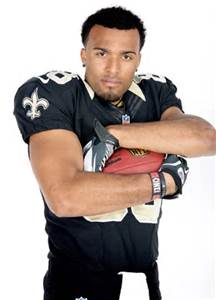 Ross Jones of FOX Sports reports that the Rams are signing former Saints WR Nick Toon to a contract on Monday.

Toon, 26, was entering the final year of his four-year, $2.51 million rookie contract when he was released by the Saints as they reduced their roster a few week ago.

Toon appeared in seven games last year and caught 17 passes for 215 yards receiving and a touchdown for the Saints.