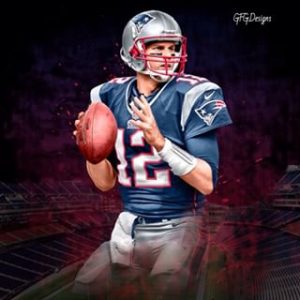 This morning, Super Bowl winning quarterback Tom Brady talked to Boston based radio station WEEI-FM, and opened up about “Deflategate”.

On whether Brady thought “DeflateGate” was a setup, considering so many pieces of the investigation seemed linked against him:

“I have a lot of personal feelings about this and to get into every conversation everyone wants to have, you know, in a way I’ve had a lot of these conversations with people over the last seven months. You get kind of brought back into those emotions and those haven’t been the best emotions, they don’t serve me as the quarterback of the New England Patriots this week, so I have to put whatever I have aside and try to go out and do my job.”

On whether Brady will treat certain media differently due to their reporting on “DeflateGate”:

“I think that is probably a pretty natural feeling to have. I don’t know exactly how I’ll approach those things each week. A lot of it for me this offseason has been to try and conserve my energy as best I can because, you know, you deal with things that are pretty mentally tiring … so I’ll need to conserve some energy this year, there’s no doubt. It’s a long season but the more things that I do non-Patriot related really to help other people out, those things take away from the energy I have to do other things.”

“That’s a tough question and pretty personal, so, yeah, whatever has happened has taken the focus away from my team and what happened last year. So it should have been a very joyous offseason and I’m sure it was for a lot of people, and certainly was for me at different times, but some of those things are pretty personal.”

Would you like Jim McNally and John Jastremski (the Patriots employees suspended in the wake of the scandal) to be hired back?

Would you have been willing to take a one-game suspension without admitting guilt?

“There were a lot of negotiations back and forth. We had five different settlement conferences with the league to try and avoid what has happened at this point. … I think at different points there were a lot of different things that came up. I think I was advised not to talk about those things.”