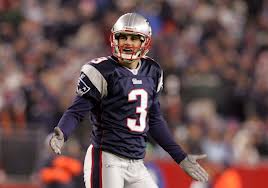 That is a pretty ridiculous streak considering the amount of touchdowns that have to be scored…..WOW!