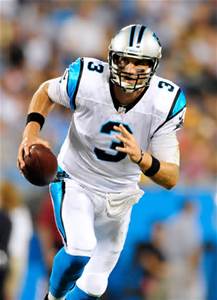 Today the Carolina Panthers made sure their back-up quarterback Derek Anderson was locked up.  According to Ian Rapoport of NFL Network, the Anderson extension is worth $5 million. He’s due to make $1.5 million this season, the final season of his old deal.

Anderson, who’s entering his 11th season, and has been with the Panthers for the past several years.  Anderson is a solid veteran back-up for the team, and they love him.

“Derek adds stability to the quarterback position as the backup, and we have tremendous confidence in him,” Panthers coach Ron Rivera said in a team statement. “His experience and veteran leadership has been important in the quarterbacks room and with the coaches. We’re securing a veteran player who has been a big part of what we’re building.”