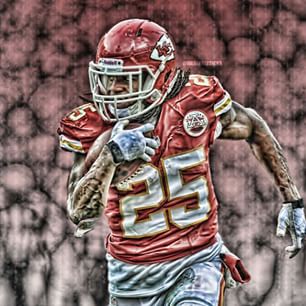 After a solid 10-5 start, We died last week picking teams like Buffalo, Miami, and others. We went a lousy 5-10 last week to bring our predictions to 15-15.  It is week three and we are even, so we need to get better.  This week there are some good games, and we are going to secure a much better record.

The Dallas Cowboys would have to win this game without both Dez Bryant and Tony Romo. While I feel it could happen, the Falcons defense has been impressive.  The Falcons will need a strong game from Julio Jones and Roddy White.  I think the Falcons are finally where they need to be on defense to make a push. Falcons 28-20 over Dallas

Andrew Luck and 0-3 cannot go in the same sentence can they?  I do not think so.  Luck has been horrible this season throwing tons of interceptions, and they face a stingy Titans defense.  I just think that the Colts squeek by the Titans. Colts 32-30 over the Titans.

The Oakland Raiders tasted what victory feels like and I am sure those young guys want to taste it again.  The Browns on the other hard are going against the grain.  They are turning back to Josh McCown and let’s face it, McCown does not deserve to start after Johnny Football got the Browns a win last week.  The Raiders abuse the Browns 42-21, but Pierre Desir aka #TeamDiamond picks off Derek Carr for a touchdown.

Oh when you think of a rivalry, this is one that many do not talk about but boy do they hate each other. The Bengals are 2-0 and the Ravens are 0-2, which is a strange way to start the season.  This week the Ravens finally get a win.  Ravens shut down A.J. Green and are able to force a fumble in overtime on Andy Dalton to set up the game winning field goal. 17-14 Ravens pull off an upset.

There is not much to say here, I cannot see the Jaguars beating the Patriots.  I do think T.J. Yeldon will go for over 100 yards against the Patriots defense.  Patriots are just too strong right now. The story of the year will be if Brady was suspended the team may have started 0-4, but with him they are 4-0. Patriots 42-Jaguars 17.

I cannot go with the Saints, I am sorry. The only time Luke McCown has thrown a pass with the Saints was back in 2012, and it was on a fake kick.  The Panthers have a stingy secondary that makes McCown’s day rough.  Saints fans get your paper bag because you get beat 35-14.

The New York Jets are 2-0 and they are facing the lost Philadelphia Ducks…I mean Eagles.  The Eagles are the laughing stock of the league right now because they are choking horribly, but they get it going this week.  Eagles dash the Jets defense for 400 yards total offense.  Eagles win 21-10 over the Jets.

In a game of inexperienced quarterbacks, I feel the Tampa Bay Buccaneers have the edge in this game.  I do not know why, but the Texans have looked bad this year.  They need a quarterback and Ryan Mallett is not the answer.  Jameis Winston said he could not wait to play J.J. Watt and today he will not only get to play him, but he will beat them.  Buccaneers win 18-3 over the Texans.

This is going to be the game of the week. The Chargers and Vikings go into double over time.  Philip Rivers hits Stevie Johnson on the game winning touchdown. Cordarelle Patterson returns a kickoff for a touchdown, and Adrian Peterson goes over a 100.  Chargers 28-21 over the Vikings in double overtime.

This is going to be a slobberknocker, what does that mean? I have no clue either, but it sounds good.  The Steelers will get an early lead, but the Rams defense is able to shut down Le’Veon Bell in his first game back.  Rams intercept a pass at the end of the game by Janoris Jenkins, but Greg Zuerlien misses the tying field goal from 52 yards.  Steelers 23-Rams 20

Arizona Cardinals are 2-0 for a reason, it is because they are very good. Right now they are playing the best football in the NFL. They are winning the game in all three phases.  The Cardinals struggle today, but a player named Johnson is too much for the 49ers.  No not David Johnson, CJ2k rips a 50 yard touchdown on the Niners to win 33-24.

The Buffalo Bills play the pissed off Miami Dolphins, who have been playing bad football. They lost to the Jaguars last week and were on the ropes against the Redskins. Today they play the feisty Buffalo Bills defense who were shredded last week by Tom Brady. While I love the Bills to win, I am going against them, because it seems to work for me.  Dolphins 17-20 over the Buffalo Rexes.

I am not going to write nothing, because if the Seahawks do not murder the Bears, they should retire from the NFL.  They have their leader back in Kam Chancellor.  Seahawks 42-9 over the Bears. #LegionOfBoomIsBack

The Lions and Broncos will be a shoot-out.  Lions take the early 14-0 lead as Golden Tate is too much for the Broncos early, but after a stripped sack return for the Broncos, they gain momentum.  C.J. Anderson eats and the Broncos win easily 35-24 over the Lions.

The Kansas City Chiefs are 1-1 and let’s face it, they should be 2-0.  That fumble last week by Jamaal Charles was bad, but today he redeems himself by shredding the Packers defense in Lambeau.  The Chiefs finally pick off Aaron Rodgers at home and it is to close out the game.  Chiefs win 30-27 when a tipped pass is picked off by Eric Berry.