Just three years ago Koni Dole had his leg amputated. Many said he would never play football again, but he himself didnt believe it. 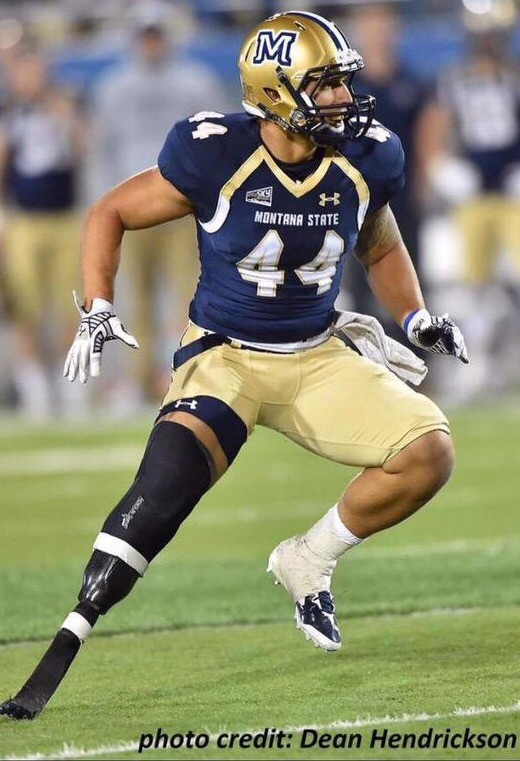 Well when Montana State played D2 Fort Lewis this year, a record was broken. It was thw first time a person ever suited up and played with an amputated leg. While many of the 19,000 plus in attendance left, they missed a piece of history.

Back in 2012, Dole had a decision to make after he broke his leg in a compound fracture. After 6 surgeries Dole developed compartment syndrome. He had a choice, stop playing football, or amputate his leg below the knee to keep playing.

Guess what Dole did? You bet, the kid has heart. He is a true inspiration to all football players. Many want to give up when they suffer a minor injury, but Koni Dole is a perfect example of heart. Congrats Koni!!!! #TeamDiamond