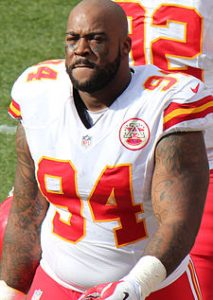 Jets have released defensive lineman Kevin Vickerson from the I/R

Vickerson, 32, signed a one-year contract worth $950,000 with the Jets back in March. However, he wound up being placed on season-ending injured reserve a few weeks ago.

Vickerson was drafted by the Miami Dolphins in the seventh round of the 2005 NFL Draft. He played college football at Michigan State.

Vickerson has also been a member of the Tennessee Titans, Seattle Seahawks, Denver Broncos and Kansas City Chiefs.