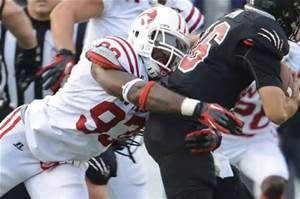 Smith, 25, is a former fifth-round pick of the Broncos back in 2013 out of Western Kentucky. He was unfortunately cut loose by the Broncos with a failed physical designation days before this year’s NFL Draft.

Smith tore his ACL during his Senior season. Following the conclusion of his Senior season on December 5, 2012, He was named Sun Belt Defensive Player of The Year for his outstanding breakout season in which he recorded 38 Tackles, Career High 12.5 Sacks, one pass deflecion, one fumble recovery in which returned 75 yards for a touchdown and 3 Forced fumbles. He finished college with a total of 135 Tackles, 24 Sacks, 3 Pass Deflections and 5 Forced fumbles.