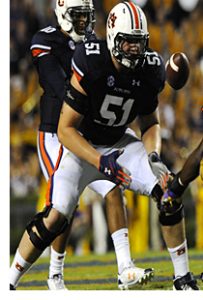 Patrick Miller was an Auburn offensive tackle and played in eight games with six starts at right offensive tackle. Miller declared in January for early entry into the NFL Draft, but that was not the best decision. Garrett Frye is a small school offensive lineman that was recently with the Chiefs, and Aundrey Walker played at USC and was primarily a guard.