According to ESPN, for the second time on Monday, the Bears traded away a defensive player who just doesn’t fit within Vic Fangio’s defense. It was Jared Allen to the Panthers earlier on Monday. Now, it’s Jon Bostic to the Patriots. 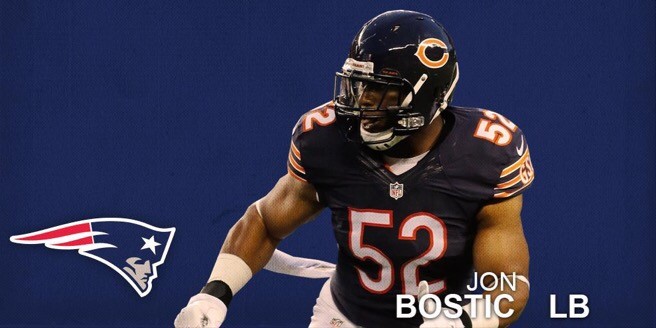 @AdamSchefter: More trades from Chicago: Bears have traded LB Jon Bostic to the Patriots, per @fieldyates.

The Bears reportedly received a sixth-round pick. They also got a sixth for Allen.