Falcons will not place Brooks Reed on the short term I/R; Will keep him on the 53 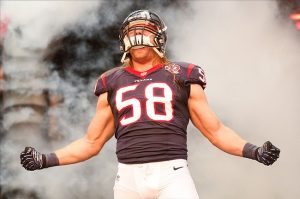 Brooks Reed injured his groin during veteran OTA’s, but the team will not place him on the short term I/R

Today the Atlanta Falcons decided not to place outside linebacker Brooks Reed on the short term I/R where he could return in week 8. The Falcons haven’t said exactly how much time Brooks Reed will miss following groin surgery, but the prognosis appears to be positive, because today they announced they will keep him on the 53 man roster.

Reed played four seasons with the Houston Texans. He was signed to a five-year, $22 million, with $9 million guaranteed.