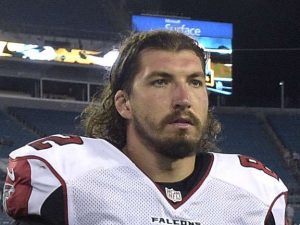 According to his agent Jason Bernstein, Mickey Shuler has re-signed with the Atlanta Falcons.

Congratulations to TE @Mickey_Shuler for signing with the Atlanta #Falcons!

On Sunday, veteran TE Jacob Tamme sustained a concussion, so this move is likely to bolster their depth at the position while Tamme is out.

Shuler, 28, is a former seventh round pick of the Vikings back in 2010 and has bounced around the league on numerous teams.