Dolphins have problems in their locker room again? 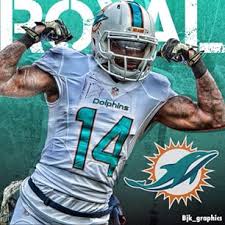 According to ESPN’s Barry Jackson, this week the Miami Dolphins had another incident in their locker room. According to Jackson, RB LaMichael James and WR Jarvis Landry started fighting during a special teams meeting on Wednesday.

From what we hear, Landry — a jovial, fun-loving guy — was joking around at the start of the meeting. James appeared to be in a bad mood, and whatever Landry was joking about rubbed James the wrong way, prompting James to lash out physically. A source said Landry did not level any personal attacks at James.

Pushes and shoves were exchanged, but neither player was injured; James suffered a shoulder injury this week and was limited in practice Thursday, but that injury happened while blocking in a blitz pickup in practice, according to a source. James is expected to play today.