Does the NFL want Bruno Mars to perform at the Super Bowl again? 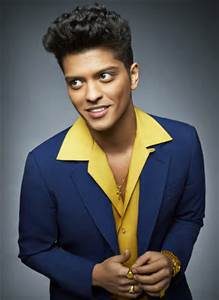 Could Bruno Mars be back at the Super Bowl?

According to Billboard, Bruno Mars has been asked to return to the show for a second time.

A Billboard source said the singer has been asked to “curate” the performance, which means several singers could be present with Mars.

Bruno turned out a stellar show two years ago and had 115 million people watching, the second biggest audience for the performance (only topped by Katy Perry’s Halftime show earlier this year, which had 121 million people glues to their TVs).