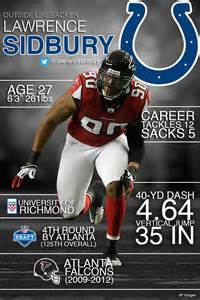 The Buccaneers cut Sidbury when trimming their roster to 53.