Could the Colts place Arthur Jones on the short term Injured Reserve? 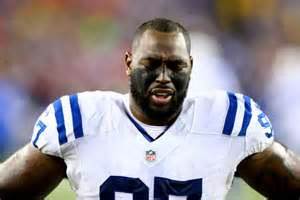 Arthur Jones could miss the start of the season

Arthur Jones is a huge part of the Indianapolis Colts defense, but they could be without him for the first several weeks of the game.  While coach Chuck Pagano said that he had no update on Jones’ status.

One option being discussed by the Colts, sources said, is placing Jones on the NFL’s short-term injured reserve list, a move that would allow Jones to return to the lineup this season but would require Jones to miss half the regular season.

The Colts could place Jones on that list, formally called the reserve-injured list, once NFL rosters are finalized on Saturday. Under this scenario, Jones would be eligible to return to practice after six weeks. He could be activated and placed on the 53-man active roster after eight weeks on the list.