#Communigate NFL to investigate the technological issues at Patriots stadium 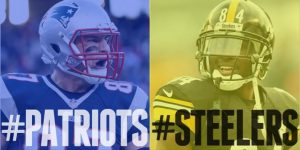 The NFL will be targeting the Patriots again.  According to Ray Fittipaldo of the Pittsburgh Post-Gazette confirmed the league planned to look into the matter. Charles Robinson of Yahoo Sports previously reported the Steelers became angrier because league officials didn’t shut down the Patriots’ communications while they attempted to fix the issue.

NFL spokesman Michael Signora has issued a statement on the matter, passed on by Conor Orr of the NFL’s website: “Technological and stadium infrastructure issues of this type happen at many stadiums around the league and whenever there are issues of this nature, we do a thorough review.”