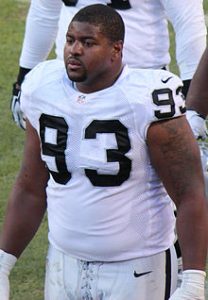 The Indianapolis Colts are looking for defensive line depth, and yesterday they worked out a couple defensive tackles.

Both Ricky Lumpkin the former Raiders defensive tackle, and Devon Still the former Bengals draft pick worked-out for the Colts.

Lumpkin played college football at the University of Kentucky and attended Kenwood High School in Clarksville, Tennessee. He has been a member of the Arizona Cardinals and Oakland Raiders.