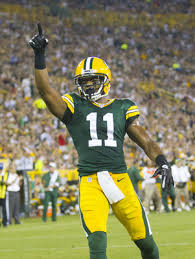 The Panthers’ first round of cuts claimed cornerback Melvin White, a former starter who indicated on Twitter on Tuesday morning that he’d been cut. White, undrafted out of Louisiana-Lafayette in 2013, started 17 games in two seasons and was in the starting lineup for the playoff loss to San Francisco as a rookie.

Boykin, a Charlotte native and former Packers wideout, had a team-leading nine catches in three exhibition games but was inconsistent throughout the preseason.