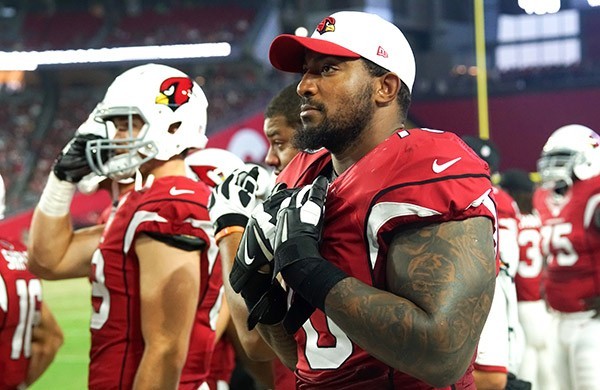 Have you ever went out to party, and realized you drank way too much?  Me either because I do not drink, but that is exactly what happened to Bobby Massie of the Arizona Cardinals.

According to Adam Schefter, Cardinals OT Bobby Massie knew he had too much to drink and so, rather than drinking and driving, he pulled into team’s training facility as a safe haven to sleep it off.

However, a team security guard did not recognize Massie’s car and called the police, who arrived and wound up arresting him on two DUI charges that resulted in a two-game suspension that ends today.

That is pretty crappy to think that Massie did the right thing and was still arrested.  It is typical America, you can kill someone and have the intention of doing so and get off for a manslaughter, or not even charged, but don’t do the right thing?  Pretty weird to see what happened to Massie, but I commend him after reading this.