Browns give their third string quarterback a contract extension 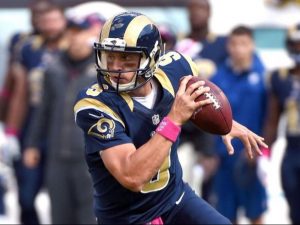 Just when you think things are strange enough in Cleveland regarding their quarterback position they get stranger.  The Browns signed third string quarterback Austin Davis to a two year contract extension today according to Field Yates of ESPN.

Field Yates of ESPN reports that the Cleveland Browns have signed reserve QB Austin Davis to a two-year, $4.173 million extension.

Davis, 26, originally signed on with the Rams as an undrafted free agent out of Southern Mississippi and has been in the league since.