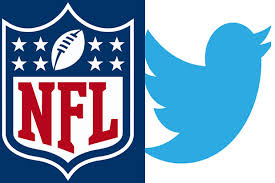 Twitter and the NFL have agreed to a multi year deal

Twitter has inked a new multi-year deal with the NFL in an effort to bring a larger audience to the platform, according to Forbes.com.

The stock jumped 4% on Monday morning.

While Twitter and the NFL have partnered since 2013, the new deal will mean “significantly more” NFL content than in the past, according to the companies.

“Twitter users and brands cannot get enough NFL video and news, and they’ll now get more of it, and faster, than ever before,” said Glenn Brown, head of Twitter Content Partnerships and Amplify. “Over the past two years, NFL content on Twitter has seen best-in-class user engagement rates, and the expanded partnership will bolster the fan experience on the platform.”